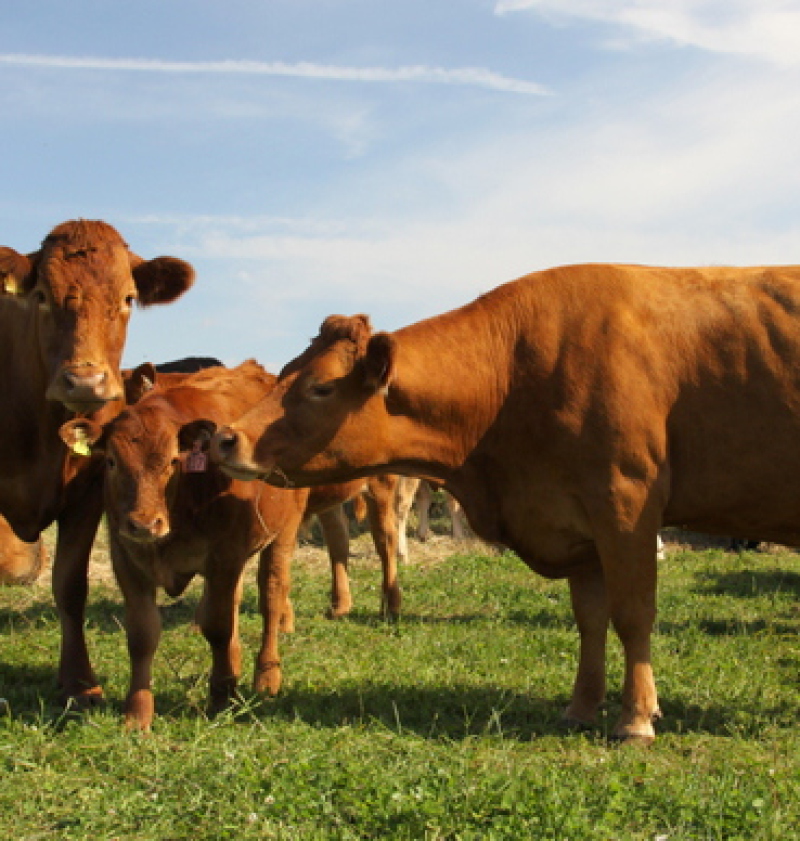 A much admired Black Limousin Bull, purchased at Carlisle in February 2015 for 9,000 gns. Igolo has Black genetics back three generations. He is a very correct bull with tremendous locomotion. An ideal bull for breeding replacement heifers.

In order to run a profitable beef enterprise one of the most important factors is the health of our herd.

We have been a member of the SAC Premium Health Scheme since 2005 which involves annually blood testing all breeding stock over 24 months of age to screen for Johne’s disease.  We have also been testing for BVD since 2004, initially as part of a pilot scheme run by the Scottish Government and facilitated by SAC vets.

As part of the Premium Health Scheme the cows only have access to piped water troughs and any natural water sources have been fenced off. The boundary fences on the entire holding have been triple fenced to avoid cross contamination from neighbouring stock.

We have a full vaccination programme which involves vaccinating the cows against BVD, leptospirosis and scour. All calves are given a Rispoval Intranasal vaccine at weaning when they are also wormed.

We maintain a closed herd with the only exception being the purchase of stock bulls.  Any bulls that are brought on to the farm are quarantined for the specified length of time and blood tested for Johne’s disease and BVD before mixing with any other stock.  We aim to purchase any bulls from accredited herds which are also members of the Premium Health Scheme. We are now breeding the majority of our stock bulls from our herd of pedigree Limousin cows which means that on average we will only have to purchase a bull every two to three years.