The Neill family took on the tenancy of Upper Nisbet in May 2000. They run a herd of Limousin-cross cows. They farm 533 hectares of cereals, and all progeny from the suckler herd are finished on home-grown fodder and sold live throughout the year mostly to local butchers.﻿

The Sustainable Agriculture Capital Grant Scheme has been launched to proivde grant funding for farmers and crofters to purchase specific items of agicultural equipment.

Robert Neill & Partners can supply you with many of the items included in the grant scheme as listed below.

Please get in touch by calling 07967 756651 to get quotes for any of these items, or drop us an email to enquiries@uppernisbet.co.uk 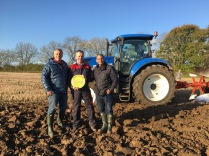 Robert Neill was challenged to defend farming's honour in a battle against Top Gear's Matt Le Blanc and Chris Harris with their modified Track-Tor.

Robert also hitched a lift with the Stig during filming for the challenge, but wasn't prepared to hand over his Farmer of the Year title to Matt Le Blanc. 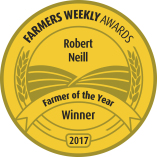 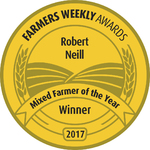 At Upper Nisbet we have been using electronic identification in our Suckler Beef herd now for a number of years.

As well as simplifying the regular weighing of our prime stock we have also devleloped a system of printing bar code labels for each animal entering the cattle crush. This system can be used when blood sampling to avoid human error and also to increase throughput of animals. Watch the videos to see how it all works. 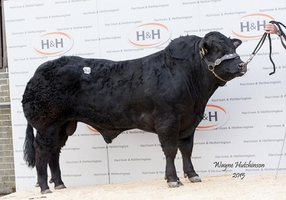 A much admired Black Limousin Bull, purchased at Carlisle in February 2015 for 9,000 gns. Igolog has Black genetics back three generations. He is a very correct bull with tremendous locomotion. An ideal bull for breeding replacement heifers.

At Upper Nisbet we have been using Tru-Test weighing equipment for a number of years and we are now able to offer advice and supply the equipment to meet your needs.

Publication of a new report by Robert Neill 2013 NSch UK on 'Electronic Identifcation (EID) in the cattle industry'.

Robert would like to thank all of the people who have helped make his Nuffield Study journey possible. A huge thank you to his main sponsor, The Royal Highland Agricultural Society of Scotland and to the other companies and individuals who offerered financial support as well as moral support and guidance. 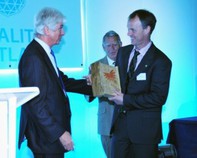 Find out more by visiting the Future Farming Award website.

Crackley Bank Fanfare semen is now available. Please get in touch if you would like to find out more, or to place an order. 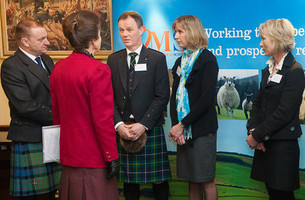